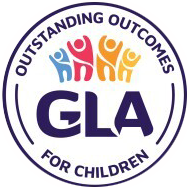 ACEs are specified traumatic events occurring before the age of 18 years. High or frequent exposure to ACEs, without the support of a trusted adult, can lead to toxic stress.

There is a large body of evidence which shows that the adversity we experience as children can affect us into adulthood. Within a general population anyone can be susceptible to ACEs regardless of ethnicity, sex and socioeconomic status, although the number of ACEs experience tends to increase with lower socioeconomic status.

ACEs are prevalent across the population and recent studies have shown:

Here at Springbank Primary Academy, we are an ambassador school who recognise and support ACEs. ACEs Ambassadors is an informal network of people who are keen to champion ACEs awareness across Gloucestershire, in whatever way they can, whenever they can. Coming from a wide range of organisations, communities and backgrounds, people have become Ambassadors because they are keen to raise awareness and spread a message of hope.

For support, please pop into school and speak to a member of the team or visit: https://www.actionaces.org/sources-of-support/